Finally Steve wanted the design of the handle to replicate the design and colours of the dining room at Roux – opulent shades of dark teal, dark wood and gilt.

Only when we were absolutely satisfied that the design was spot on did we then move on to making Steve’s finished knife.

For the handle we layered Padauk veneer sandwiched with Tabriz paper from the G . F Smith Colorplan range. Finally we added brass rivets as a nod to the gilt accents within the Rosendale-designed Roux dining room.

International delivery excepting to the US will be charged at £20 at checkout. We charge £40 for all deliveries to the United States. 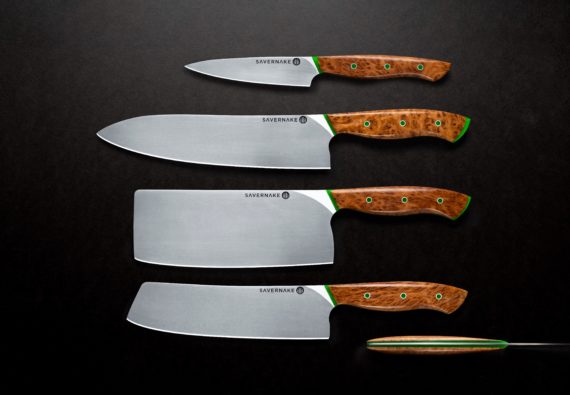 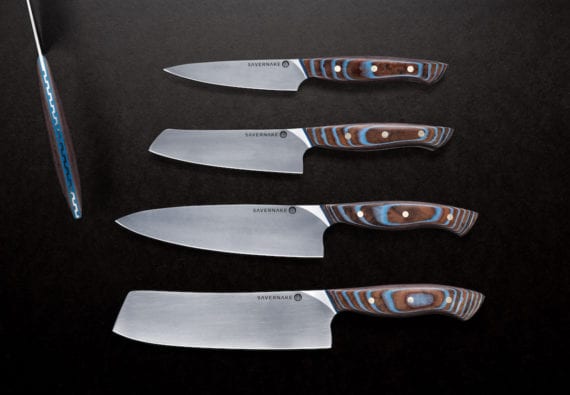 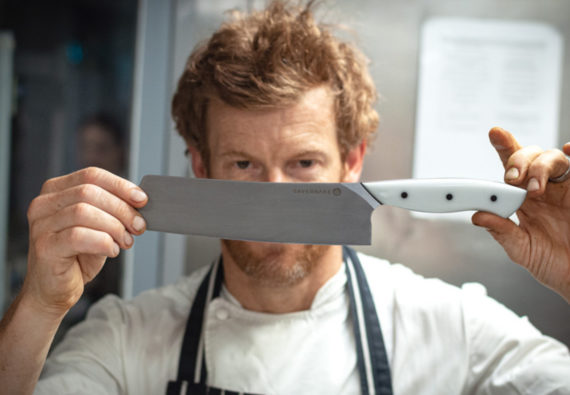